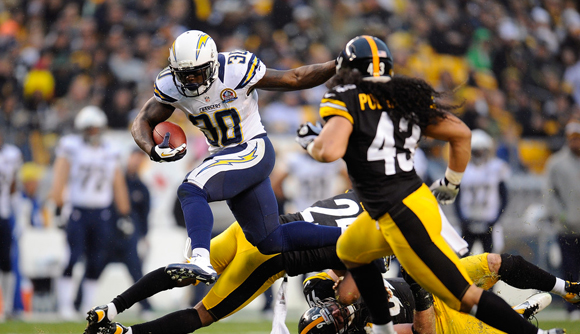 The fifth week of activity will end on Monday night at Qualcomm Stadium, where two quarterbacks selected in the first round of the 2004 Draft, Ben Roethlisberger, and Philip Rivers, will be face to face. Both have had a successful career in the NFL, however, Big Ben has the advantage with two championship rings and three trips to the Super Bowl, while Rivers has not been able to lead the Chargers to the game for the Vince Lombardi Trophy. Pittsburgh dominates the series between these two teams with 22 wins in 31 games. San Diego has won only two of the last 10, including the last three years ago by 34-24 at Heinz Field. The Chargers host the Steelers for the first time since 2006 and they are favorites to win this match in the NFL betting Odds (-1). They are 2-3 SU and 3-2 ATS in the past five versus the Steel Curtain.

Player to watch: Phillip Rivers ended last year tied to Jay Cutler in the first place in the league with more interceptions with 18, the second-most of his career in a season (20 in 2011).