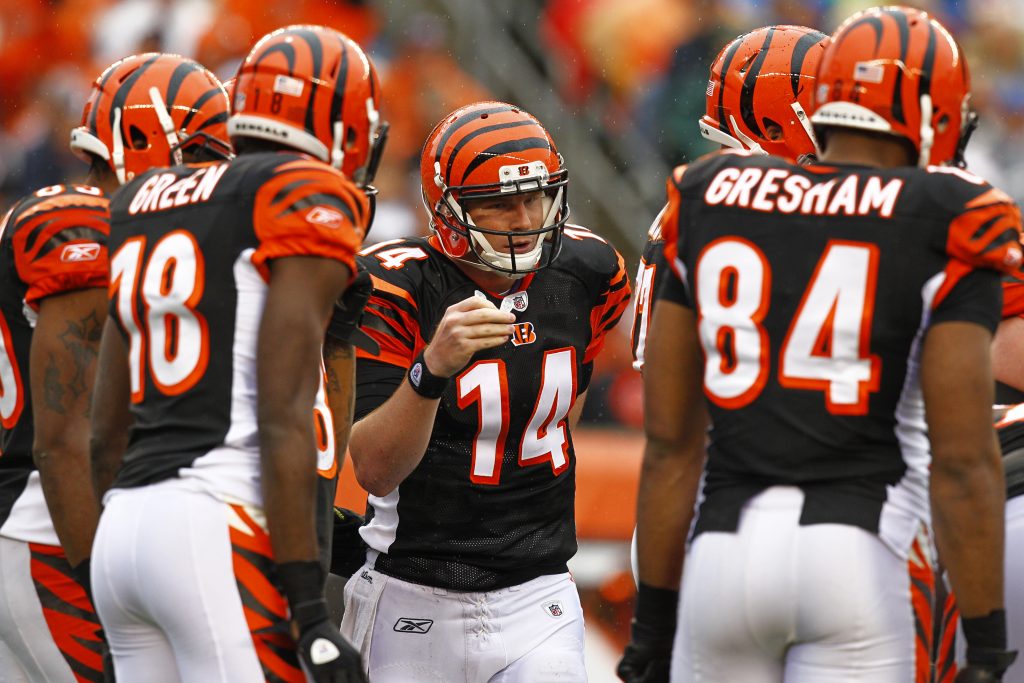 CINCINNATI, OH – NOVEMBER 27: Andy Dalton #14 of the Cincinnati Bengals talks with his team in between plays during the game against the Cleveland Browns at Paul Brown Stadium on November 27, 2011 in Cincinnati, Ohio. (Photo by Tyler Barrick /Getty Images)